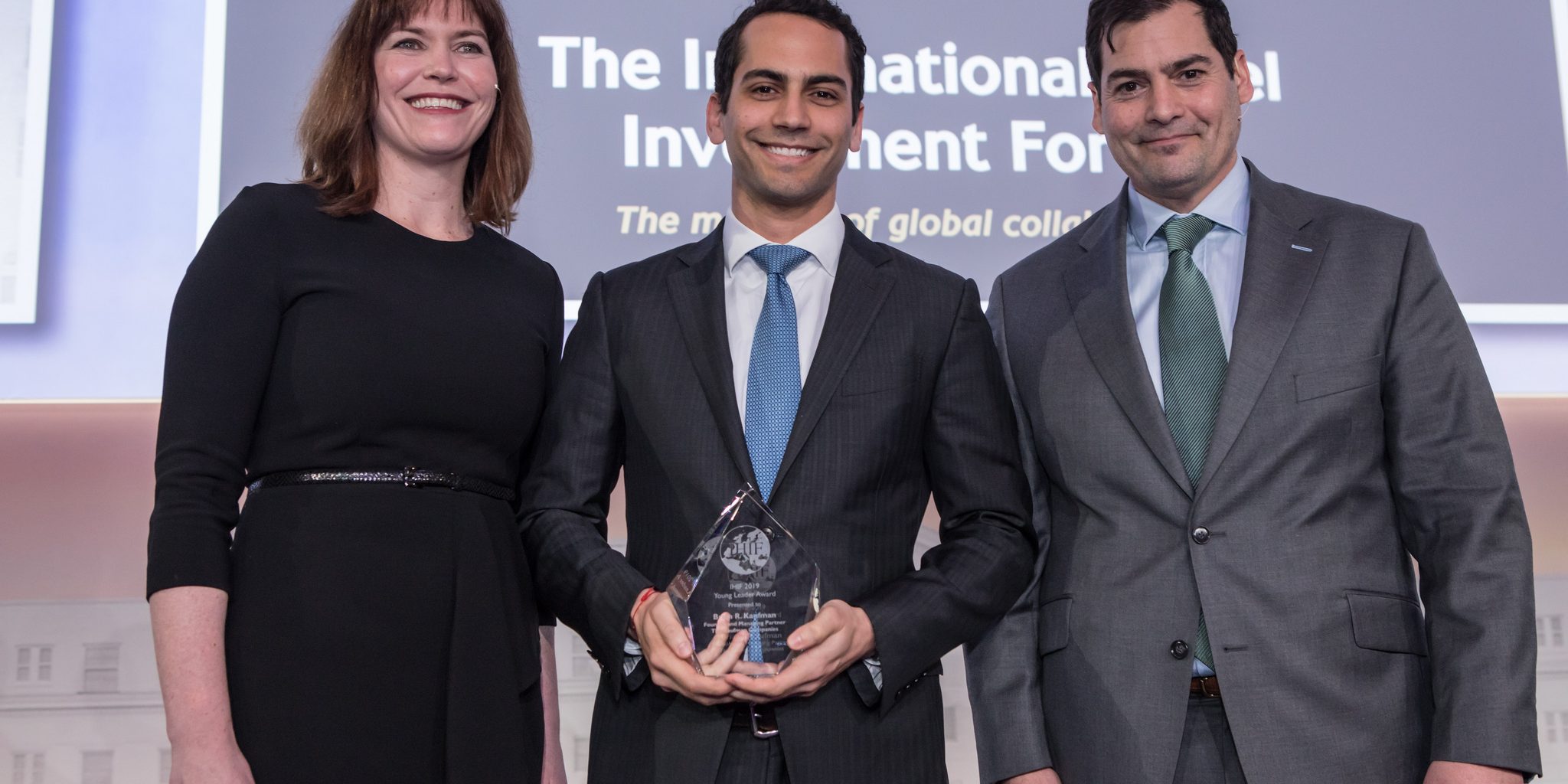 Brian Kaufman, Founder and Managing Partner at The Kaufman Companies has been announced the winner of The International Hotel Investment Forum (IHIF) and The International Society of Hospitality Consultants (ISHC) Young Leader Award 2019.
On graduating from Cornell, Brian has gained experience and progressive levels of responsibility in established blue-chip companies including Lehman Brothers, Barclays Capital, Goldman Sachs and Highgate Capital Investment before founding his own asset management and investment company at the age of 33. A key advocate in his, John Brennan, Chairman, Amaris Hospitality, commented this represents an incredible road map and could be an inspiration to other young people who are looking at or are currently working in hospitality.
Described by those who nominated him as an adept and competent negotiator and having demonstrated an ability, at a very young age, to run a highly complex acquisition process Brian commented on being announced winner of this years Young Leader Award; I am truly honoured to receive this award. Thank you ISHC and Questex for this recognition and for providing a global platform that promotes collaboration and discussion among our industry leaders. I am continuously inspired and in awe of the evolution and change in investment activity, business intelligence, technology and progressive design development that revolutionize the hospitality industry. I am fortunate to have worked with fantastic

investment, development and operations partners and look forward to working with all of you in the future.
Tess Pearson, Event Director for IHIF said on behalf of Questex; At a point when we all have concerns over the skills gap and future work force, it a joy to see a candidate such as Brian, who is clearly blazing a trail within the hotel investment and asset management arena, receive the Young Leader Award. Brians achievements demonstrate perfectly what this award was created to celebrate and we look forward to him joining us at IHIF next month.
Andrea Belfanti, Executive Director of ISHC commented; “We are thrilled to honour Brian with the Young Leader Award! He has had such an impressive career thus far with several notable companies and has taken that experience with him to found his own company. We look forward to IHIF and are thankful for our partnership with Questex over the past 10 years to recognise so many young, talented individuals.”
Respected CEOs from across the hotel industry reviewed a short list of applications from outstanding candidates before agreeing on the 2019 winner.
Presentation of the Young Leader Award will take place at 10.30am (CET) on Tuesday 5th March during a plenary session at IHIF.
Continue to follow IHIF on Twitter @IHIF_News and use #IHIF2019 to stay up to date with the latest news from the leading annual meeting place for the industry. Also find us on Facebook, Instagram and join our LinkedIn group for industry insight and discussion. Full details and link to registration: www.berlinconference.com.

The International Hotel Investment Forum (IHIF) is delighted to announce that Sol Kerzner (KCMG), will be presented with the Lifetime Achievement Award during IHIF 2019. The founder and former Chairman of Kerzner International Holdings Limited has carved a prestigious and pioneering career within the hospitality industry and is widely credited as a visionary who redefined the scope and scale of destination resorts.

The youngest of four children, born in Johannesburg to Russian immigrants, Kerzner’s early career began in accounting before taking the helm of the family owned and operated hotel chain. He bought his first hotel, the Astra Hotel in Durban, in 1962 and quickly went on to build South Africa’s first 5-star hotel, the Beverly Hills hotel. Several more hotel development projects followed, expanding beyond South Africa, until 1979 which saw Kerzner’s development of Sun City, the most ambitious resort project in Africa. The ten-year project encompassed four hotels, a man-made lake, two golf courses and an entertainment centre with an indoor 6,000-seat arena in which hosted many stars including Frank Sinatra, Liza Minnelli and Shirley Bassey.

Many astute acquisitions, developments and expansions followed across the globe including the creation of the internationally recognised resort brand, Atlantis, as well as the renowned luxury brand One&Only Resorts. Both brands continue to grow with new projects planned for One&Only Resorts in China, Montenegro and Saudi Arabia as well significant extension plans for the Atlantis property in Dubai.

On being announced as recipient of the IHIF Lifetime Achievement Award 2019, Kerzner said: “I have been very fortunate in my career to have received some awards that have generously recognised my achievements, but it is particularly special to be honoured by the IHIF with this lifetime achievement award from my peers at what is clearly the leading hotel investment conference in the world.”

Alexi Khajavi, Managing Director of EMEA Hospitality + Travel Group, Questex said: “This accolade represents so much more than just intelligent hotel development. The scale, complexity and exceptional standards of luxury involved in so many of the projects that Sir Sol has launched over his illustrious career are simply remarkable and ground breaking within the industry. It is an honour to be able to present him with the award and we look forward to welcoming him to IHIF next month”.

The Lifetime Achievement Award will be presented during IHIF which takes place 4-6 March 2019 at the InterContinental Berlin in a dedicated session and accompanying interview, conducted by Michael Hirst OBE, Consultant to CBRE Hotels, at 15.05 on Monday 4th March.